In 1989, the modern comic book superhero film was reborn- Batman made people forget all about the sputtering Superman franchise that was all but left for dead a few years earlier, courtesy of Cannon films. Despite some initial skepticism in Hollywood, Batman broke records and made millions for Warner Brothers and Jack Nicholson. Outside skepticism, however, led to the film only bagging Taco Bell as its fast food partner, with the bigger chains sitting things out. When Batman Returns burst onto the scene, the biggest chain of all quickly snapped up the rights- McDonald's would use its marketing powers to take advantage of the Bat's newfound popularity. 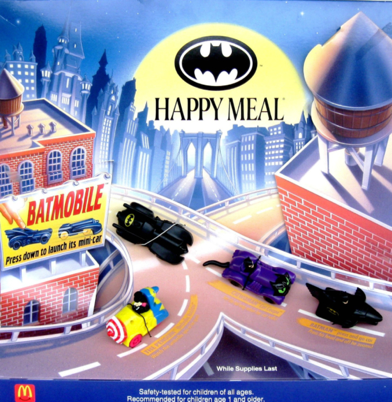 At first, everyone involved was overjoyed. Then the movie premiered. Catwoman's sexy outfits and Penguin's vicious violence angered McDonald's, who came under fire from the typical "family groups" who lambasted the company for helping promote the dark film. Warner Brothers took notice and insisted that Tim Burton produce a more campy, light hearted film for the third outing. He refused, which resulted in the departures of Michael Keaton and Michelle Pfeiffer from the project. The Big Mac was deemed more important to the franchise than its director or stars. As a result, Joel Schumacher was brought in, driving Warner's once mighty Batman franchise into the ground. All because of McDonald's. 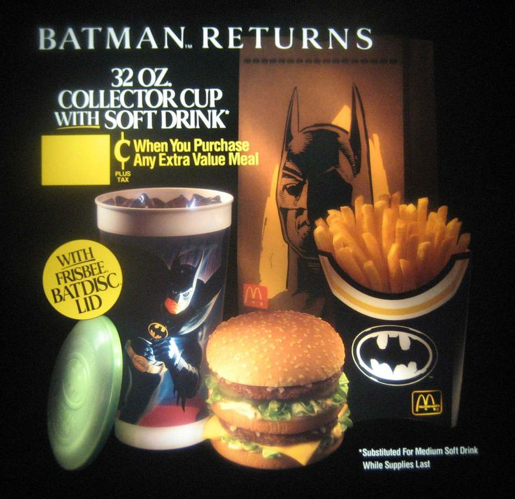 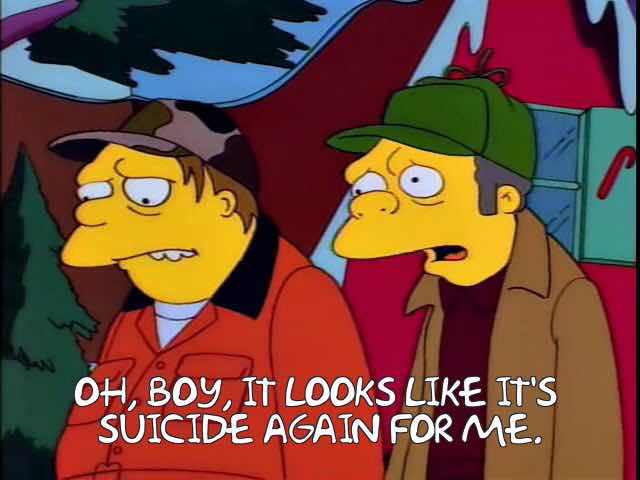